Black Bros. Co. has 3 machines on display at this week’s AWFS 2019 Fair in Las Vegas. Each of the machines is tailored to a specific area of expertise in the roll coating and laminating industry. The three machines are the TB-60 Hot Roll Laminating System, the 22D-875 Adhesive Spreader, and the 775 Hot Melt Adhesive Spreader. 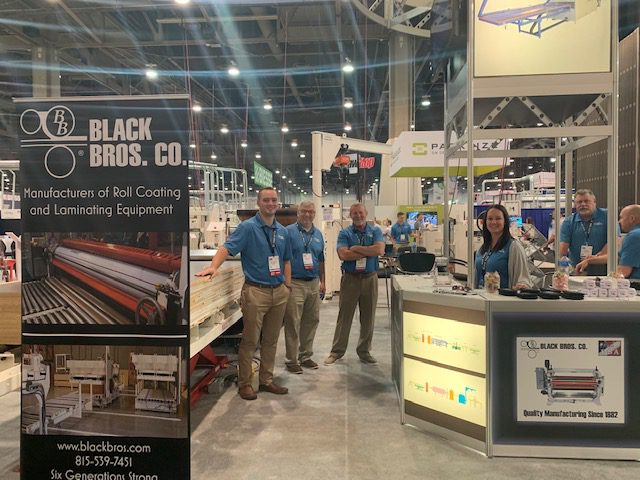 Live demonstrations in the Black Bros. Booth #7433 are taking place throughout the week. The TB-60 Hot Roll is being used to laminate plywood panels with pre-glued decorative paper. Simple to install, set up and operate, the TB-60 will consistently laminate foil or paper on up to 300 boards per hour. 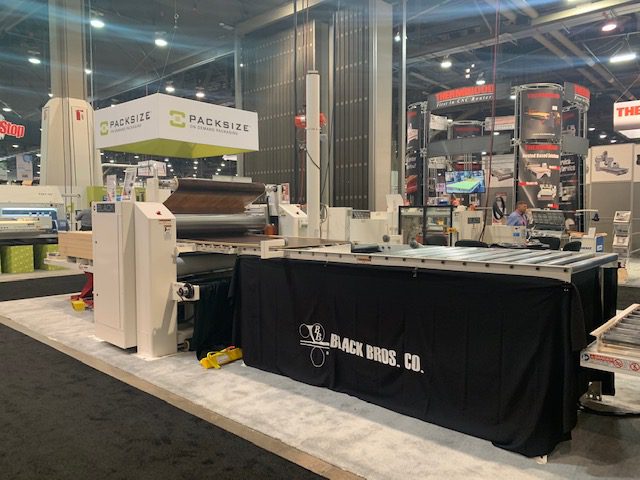 This is the first tradeshow of which the new Black Bros. Co. Marketing Manager, Laura Robison, has been involved in planning. Robison comes to Black Bros. with a background in digital marketing as well as tradeshow and event management.

“I am excited to have a part in bringing our equipment to this year’s AWFS Fair for our customers to see in person. I know that being able to touch finished product and see our TB-60 in action is so valuable to their decision making process” Robison said.